by brinkofdesign | May 22, 2020 | Testosterone Replacement for Men 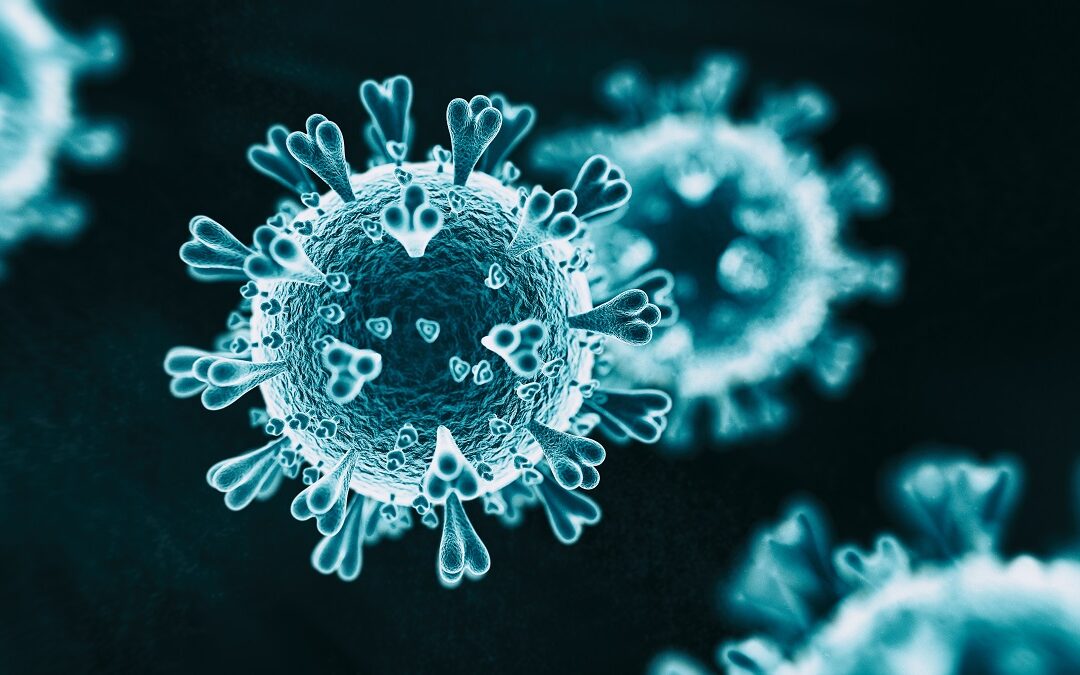 Men with low testosterone levels that contract COVID-19 are at far greater risk of dying from the virus, a study has found.

A recent study found men are twice as likely to die from the coronavirus, but clinicians have been unable to determine why this is.

But a study from a German hospital of 45 COVID-19 patients admitted to intensive care reveals the male sex hormone testosterone may play a key role.

The hormone is known to help regulate the body’s immune response but when a man has low levels of testosterone, the immune system is not kept in check and can go haywire following infection.

This leads to a so-called cytokine storm, which happens when the immune system goes out of control as it tries to kill the pathogen.

It begins damaging the body itself and, if left unchecked, it can be fatal.

A recent study found men are twice as likely to die from the coronavirus, but clinicians have been unable to determine why this is. Research suggests testosterone may be the reason (file photo)

WHAT IS THE ‘CYTOKINE STORM’ KILLING COVID-19 PATIENTS?

Devastating lung inflammation triggered by the so-called ‘cytokine storm’ is thought to be what ultimately kills the sickest coronavirus patients.

Cytokines are a group of cells involved in the immune system’s response to injury or infection.

They race to the site of a problem and signal to the body to send more immune cells to mount a defense against a foreign invader.

It’s a crucial part of how the body heals itself – but when it goes haywire it can lead to devastating damage.

The influx of immune cells causes inflammation which, when persistent, an go awry and start killing cells in the very tissues the immune system is trying to protect

When overabundant signaling cytokine cells stay switched ‘on’ for too long inflammation can continue out of control.

This inflammation overwhelms the lungs of coronavirus patients, sending them into respiratory failure and ultimately killing many of them if this inflammation can’t be stemmed.

The researchers assessed the first 45 laboratory-confirmed COVID-19 patients admitted to the ICU at the University Medical Center Hamburg-Eppendorf.

Thirty-five were men and ten were women, with seven patients requiring oxygen and 33 of them needing ventilation.  Nine men and three women died.

Hormone levels of each patient were assessed on their first day in ICU, before they had received any invasive procedures.

Samples from the COVID-19 patients were tested for 12 hormones, including testosterone and dihydrotestosterone.

Testosterone is key in how the body initiates and regulates various immune responses, including fighting viral infections.

It plays a particular important role in men’s immunity as it is the main male sex hormone.

Of the male COVID-19 patients sent to ICU at the German hospital, more than two thirds (68.6 per cent) recorded low levels of testosterone.

In contrast, the majority of female patients (60 per cent) had elevated testosterone levels.

While low levels of testosterone can not control the immune response in men, the study found that in female COVID-19 patients, higher testosterone levels were linked to a more significant inflammatory response.

Professor Gülsah Gabriel from the Leibniz Institute for Experimental Virology in Hamburg, who was involved in the research, told MailOnline: ‘The majority of male COVID-19 patients had low testosterone levels.

‘Of those male COVID-19 patients who died, the majority also had low testosterone levels.

‘Thus, low testosterone levels in men seem to be a risk factor for severe and even fatal disease outcome in men upon infection with so-called “cytokine inducing” respiratory viruses.’

Testosterone plays a key role in regulating the body’s immune response but when a person has low levels of testosterone, the immune system is not kept in check and can go haywire following infection. The ensuing ‘cytokine storm’ can be fatal.

Researchers say that low testosterone levels in men seem to be a risk factor for severe and even fatal disease outcome upon infection with so-called “cytokine inducing” respiratory viruses, such as COVID-19 and Avian influenza A (H7N9)

Testosterone samples were collected between 2014 and 2017 and compared to people who did not have the disease.

In H7N9 infected men, testosterone levels were seen to be far lower than in their virus-negative close contacts.

The virus-positive men who had low testosterone levels were also very likely to have high inflammatory cytokine levels.

Low testosterone levels was also correlated with a higher chance of death after contracting the virus.

SARS-CoV-2 trigger’s the human body into producing vast amounts of cytokines, chemicals which flood to the site of infection and begin fighting the pathogen. They can also signal to the body to send more immune cells to mount a defence against a foreign invader.

It is a key part of healing in humans but a common issue for patients diagnosed with COVID-19 is their immune system responds too aggressively.

This can lead to this process getting out of control as it tries to defeat the invading pathogen. It leads to an enormous immune response called a cytokine storm.

This is a hyperinflammatory condition itself and can lead to severe lung damage, acute respiratory distress syndrome (ARDS) and death.

Ali Daneshkhah, a postdoctoral research fellow at Northwestern University who was not involved in the study, explains: ‘This is what seems to kill a majority of COVID-19 patients, not the destruction of the lungs by the virus itself. It is the complications from the misdirected fire from the immune system.’

Professor Gabriel adds: ‘It seems that testosterone has a dampening impact on the virus induced cytokine storm, which finally leads to death in both cohorts.

‘Men with normal testosterone levels do not present a cytokine storm and thus are more likely to survive.’

Writing in their study, which has not yet been peer-reviewed and scrutinised by independent academics, the medics say: ‘With SARS-CoV-2 continuing to infect humans worldwide, it was repeatedly reported that men with COVID-19 are at higher risk to develop severe and even lethal outcome compared to women, independent of age.

‘Thus, it has become of utmost importance to understand why men are more likely to die from COVID-19 than women.’

The latest research builds on separate research, which Professor Gabriel was also involved in, which found men are also more likely to die after becoming infected with Avian influenza A (H7N9).

Both these diseases are zoonotic — jumped into humans from animals — and are cytokine inducers, turning the body’s immune system against itself.